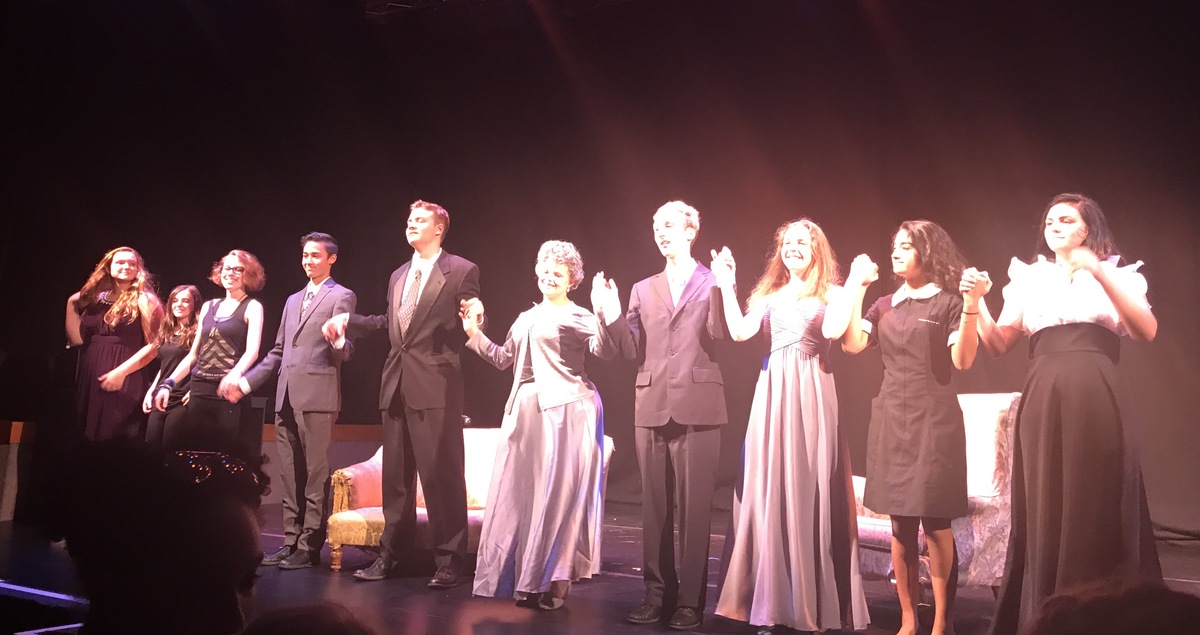 A team of Wakefield School Theater students had the honor of participating in the world's largest performing arts festival in Scotland this summer. Wakefield was one of a very small number of American schools to be invited to participate in the American High School Theater Festival in conjunction with the prestigious Edinburgh Fringe Festival. This opportunity was made possible after Wakefield School's theater program was nominated and selected by a board of theater professionals to participate. 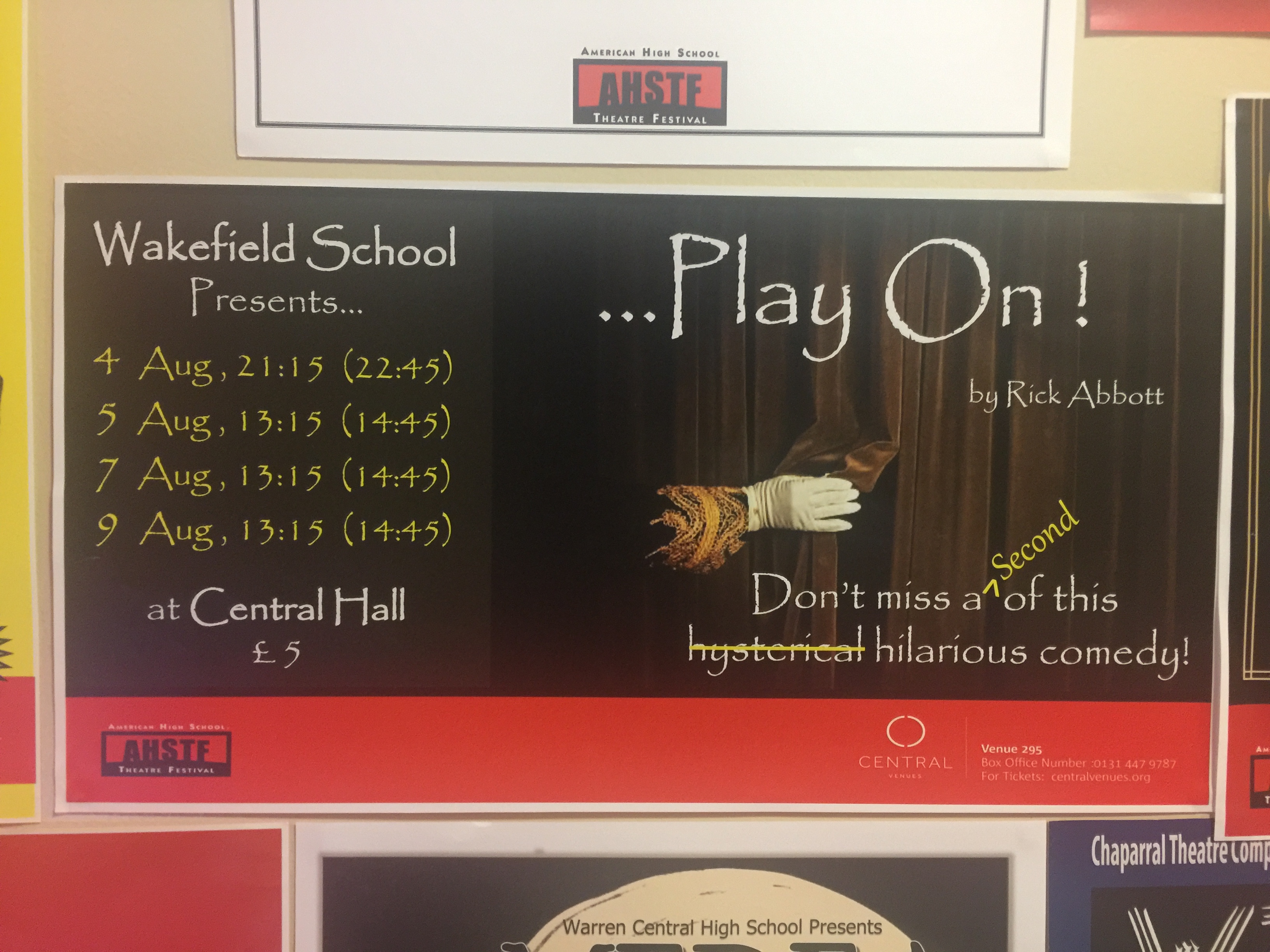 The students rehearsed their production of Play On! throughout the spring and summer and traveled to the UK with Wakefield's Theater teacher and Production Director, Mr. Ray Karns at the end of July. Prior to arriving in Scotland, the students, director and chaperones had the opportunity to visit London, England. They spent two days exploring the city's most famous sites including Shakespeare's Globe Theatre as well as participating in workshop with one of their directors and actors, the London Eye, and Buckingham Palace as well as seeing a theater production in the famous West End. The trip continued onto Scotland, where Wakefield's representatives spent ten days having fun, seeing performances and sightseeing in the historical city. They also had the privilege of attending the Royal Military Tattoo, a dynamic event in which military bands from four continents perform on the esplanade of Edinburgh Castle.

During the Festival, the Wakefield drama students took to the stage four times to perform Play On!, a comedy about a local theater group trying desperately to put on a play despite all of the author's last minute changes. The audiences included fellow theater students and teachers from all over the US as well as the general public from around the world. Between productions, the students spent time on the streets of the Festival to promote their performances.

These Wakefield students put the school motto of "Seek the Challenge, Make a Difference, and Live an Extraordinary Life" in action in Scotland. They successfully completed the challenge of performing to an international crowd, made a difference by allowing their audience to escape reality with over an hour of entertainment, and truly experienced an extraordinary trip that they will forever remember. 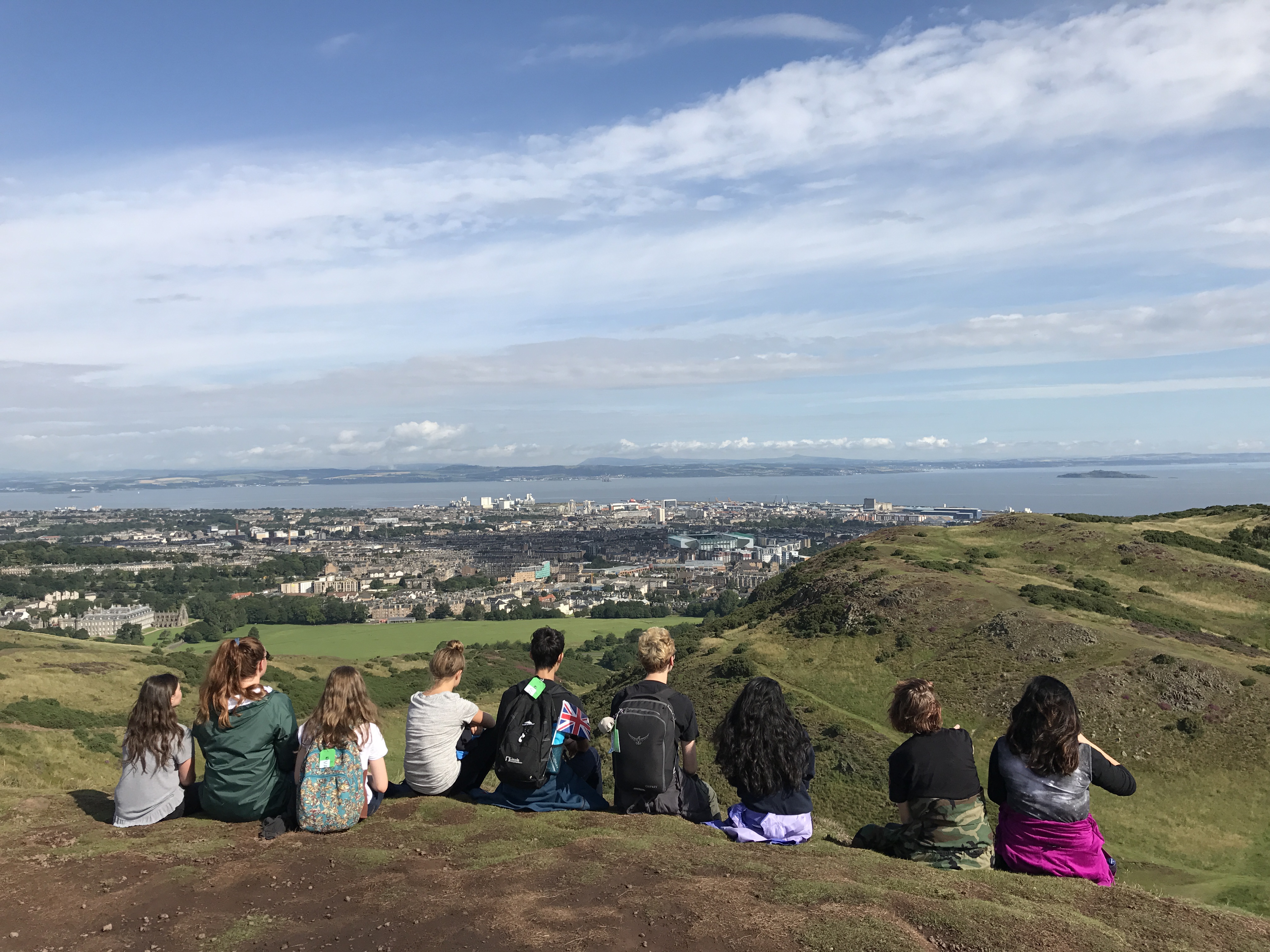