The Society for Leadership and Engagement 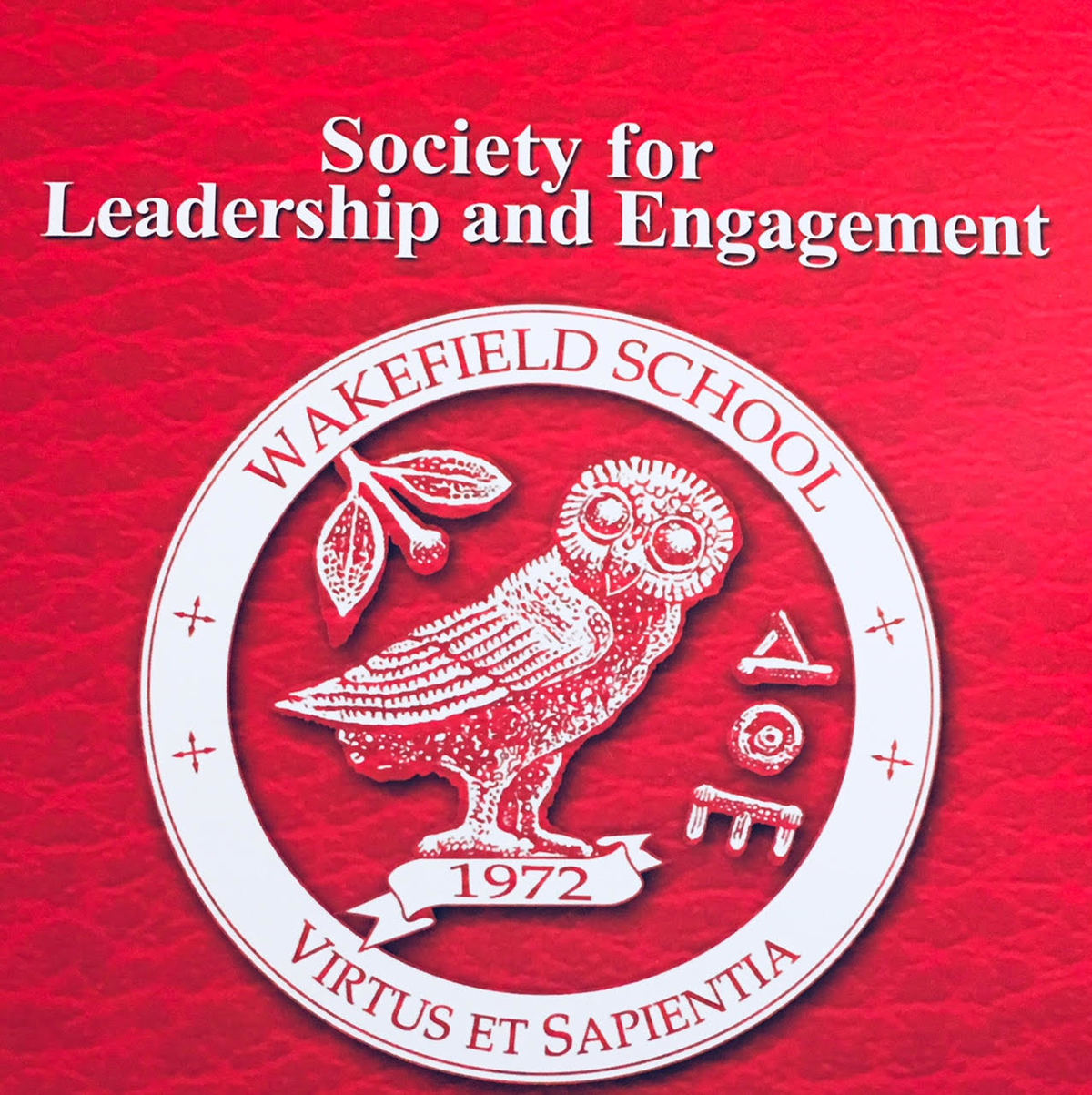 An Update from The Society for Leadership and Engagement: Interviews with Three New Inductees

Since they are the first group to become members of Wakefield's new Society for Leadership and Engagement, we wanted to get to know a little bit more about what these initiates do to earn this distinction. We decided to talk with three members of the Society about what activities they're involved with around our campus:

beginning of October. She came to Wakefield in 9th grade as Wakefield's first Archwood Scholar and, during her time here, has become incredibly involved in the community. This year, Sofia became a Youth Ambassador for Goals Beyond the Net, a non-profit organization dedicated to changing the lives of children living in extreme poverty in Haiti that was founded by Diane Metcalf-Leggette '09 and her mother, Dr. Kathy Leggette. With the help of Dr. Daryanani and General Fairfield, Sofia and other students have been able to raise awareness in the Wakefield community and get students and faculty involved in supporting this charitable organization. When asked about what she has taken away from her time here, Sofia said that being engaged is just how it goes. "From students to teachers, everyone supports each other and it's one of the driving factors for why students here love to get involved," explained Sofia. No matter a student's interest, a faculty member is always there willing to support them. Additionally, Sofia is involved with Model UN and has recently joined the Loudoun Soccer Junior Board of Directors as their Marketing Director.

Michael Wei, a sophomore and Gold level member of the Society, is involved in anything and everything.

Michael has been playing piano since he was four, so it was natural for him to want to help teach chorus to Middle Schoolers. What was new to him was theater. Having never done any kind of production before, Michael was weary to try out as a new student at Wakefield two years ago. However, with support from friends and faculty, he tried out and has become a staple in our Upper School productions ever since. In fact, Michael played the Beast in Wakefield's 2016 winter musical, Beauty and the Beast. "Try sports; try theater; just try it all," said Michael, "because, when you do the things you're interested in, you're learning more about yourself and, even easier, more to put down in your Society book."

Luke Finkbeiner is a junior and another Gold level member. As a sophomore, Luke was a part of the Technology Club which uses different programs to teach students to code. Inspired, he decided to take a Computer Science

course this year so that he can continue learning about coding. However, Luke isn't only interested in technology. Last year, he joined the Art Club and was a member of our Boys' Varsity Basketball team. When Luke first heard about the Society, he was really excited about the volunteering aspect. "I thought this was a great opportunity to get more involved in my community." His advisor, Mrs. Mulligan, encouraged him to volunteer outside of school so Luke became involved with the local Special Olympics organization. During one memorable weekend, Luke helped with setting up for the events and keeping track of different races and events. This year, Luke plans to continue working with the Special Olympics.

We'd like to remind all of our Upper School students that, even though it's only December, the selection for the 2018-2019 Society members is approaching quickly! Make sure you continue to write in your red books.