Lower Schoolers Travel to Four Countries in One Day! 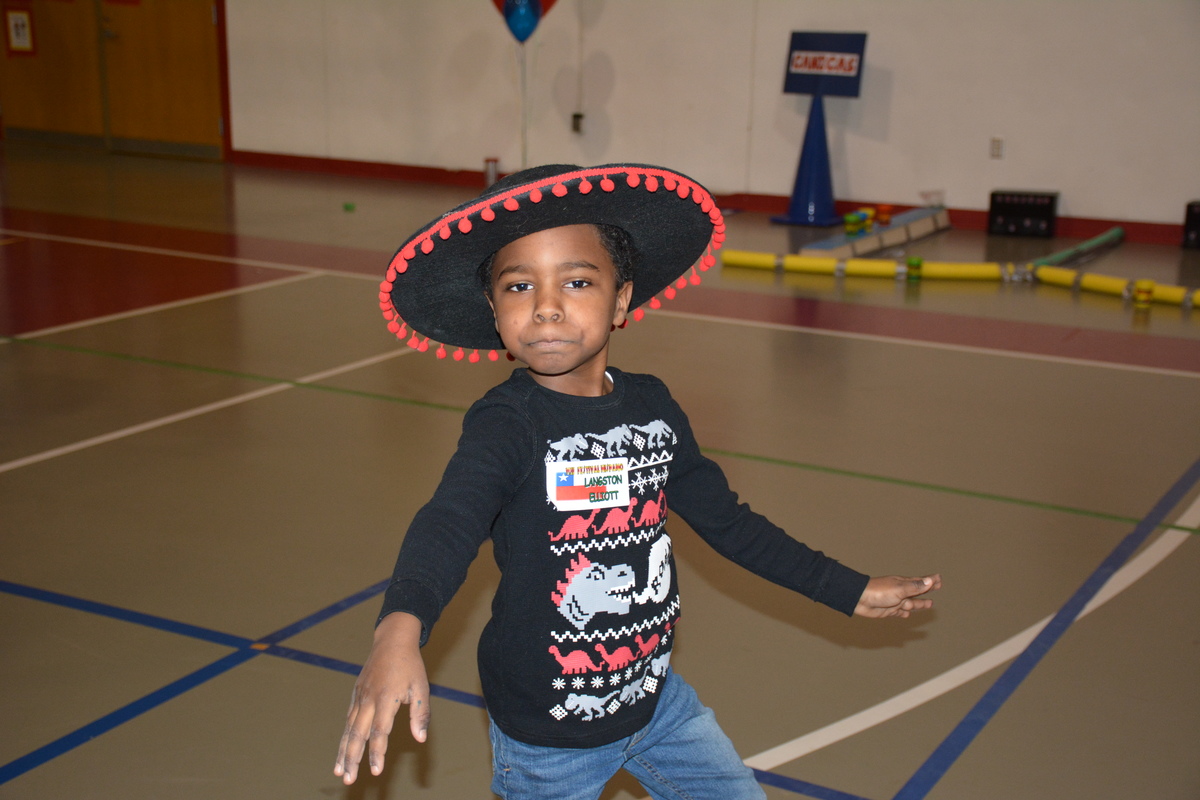 The Hispanic Festival, started in 2006, is a biennial event that celebrates the customs and cultures of different Spanish, Latin, and South American countries. In preparation for the event, Señora Lizarraga, the Lower and Middle 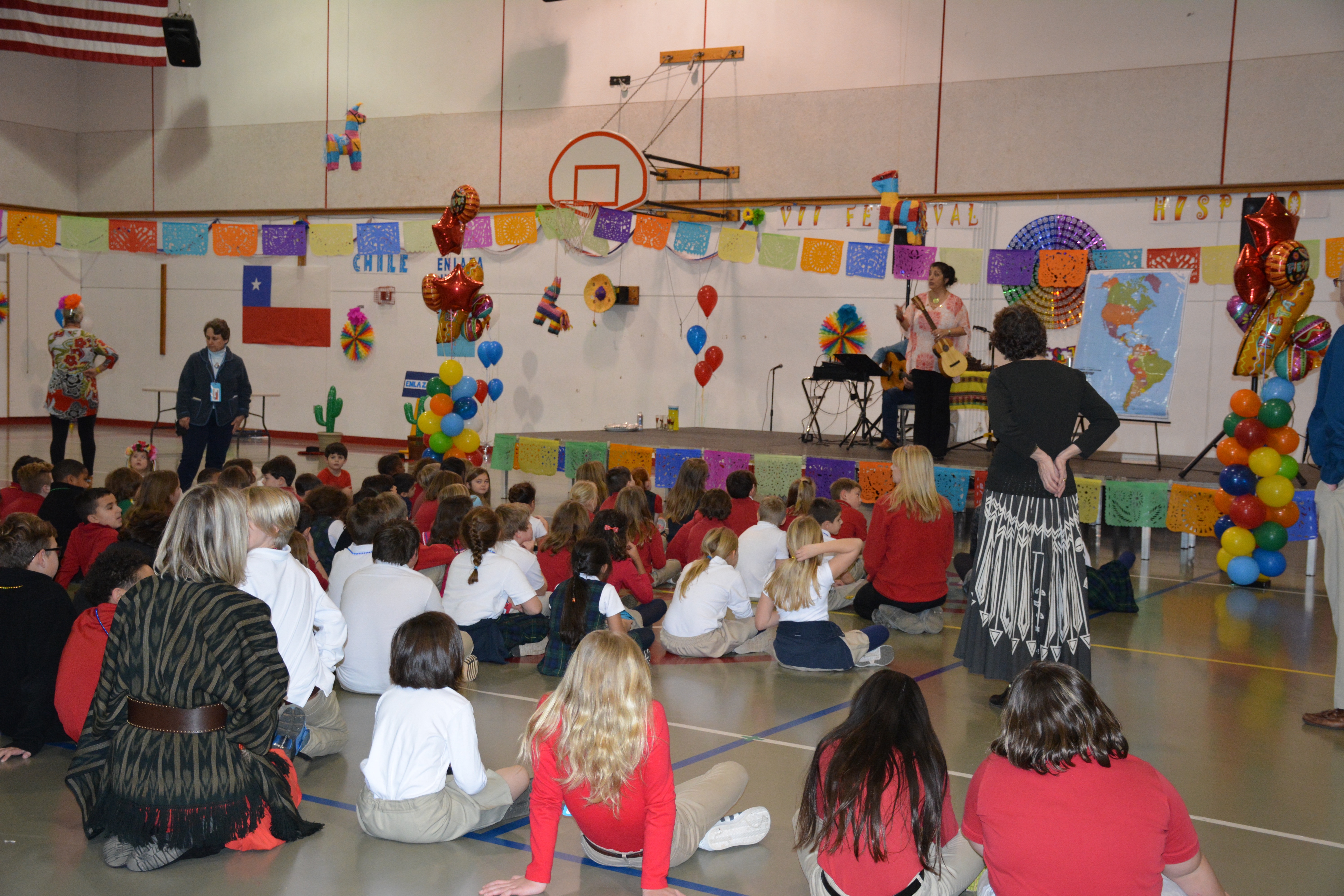 School Spanish teacher, selects four different countries that the students will study throughout the school year.

"We learn about the the culture, music, dances, geography, currency, and history in order to really understand what makes each country so unique," Sra. Lizarraga explained.

This year, the four countries were the Dominican Republic, Colombia, Chile, and Nicaragua. The countries are represented during the festival with arts, crafts, games, and music.

The festival began with songs and dancing. With help from the group, Cantare, students, faculty, and parents learned typical Latin American songs and special instruments from the region. Next, everyone gathered for the infamous coronation of the festival's Royal Highnesses. Chosen from the fifth grade class, the King and Queen are elected based on an essay competition. This year, the fifth graders focused on the achievement of Hispanic people and their contributions to both the United States and the world as whole. 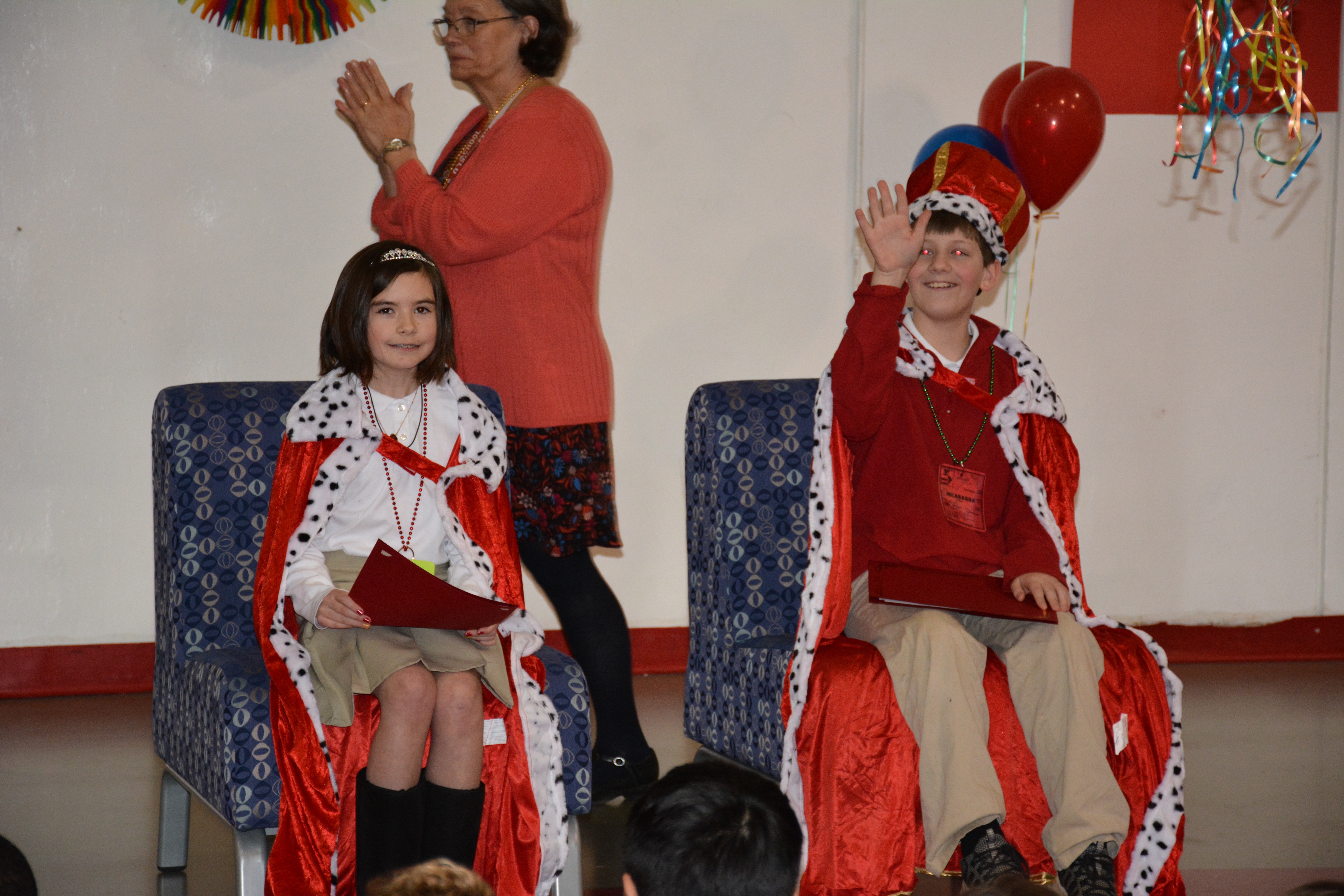 The essays are submitted anonymously to three judges who then decide a winner for the boys' and girls' categories. This year, the Royal Highnesses were "Don" Eliot Zontine and "Dona" Darcy Marcoux. Don Eliot and Dona Darcy were each crowned and then read their essays to their "royal subjects." (Here is Eliot Zontine's essay on Ted Williams and here is Darcy Marcoux's essay on Julia Alvarez)

Next, students broke into groups and traveled to each of the four countries, making crafts and playing games. Some of the games included dominoes (Dominican Republic), the jumping frogs (Colombia), "canicas" or marbles (Chile), and "el baile de las manzanas" or apple dance (Nicaragua). 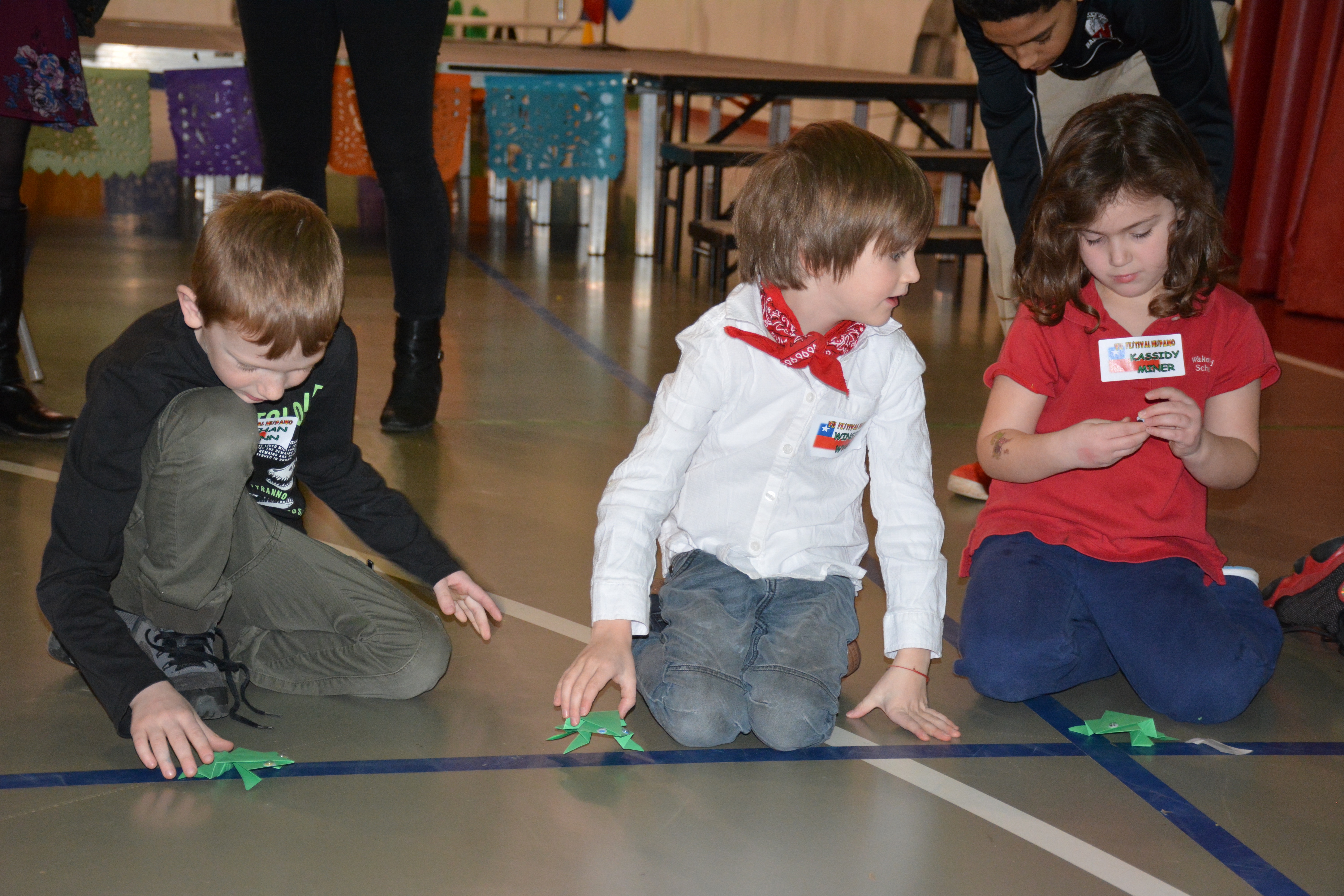 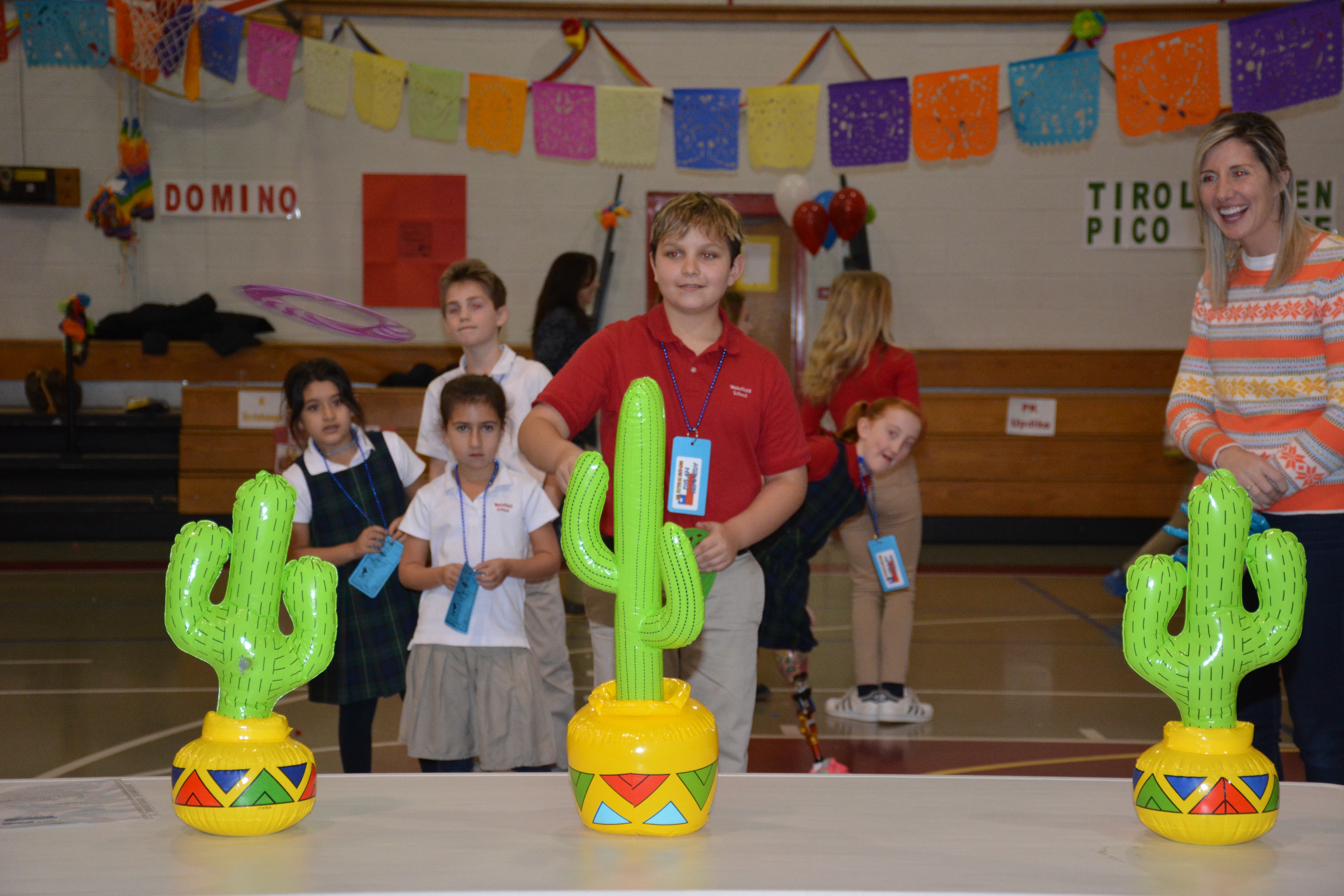 The festival ended with the traditional piñata finale. The breaking of the piñata represents the "banging out the bad" and letting the "sweet" of life in!

"Global and cultural awareness are essential skills needed to prepare our students for the world to which they belong," explained Dr. Isabel, Head of Lower School. "The afternoon - and all that led up to it - was much more than a Hispanic Festival; it was an immersion in culture and language."

Although the festival has ended, Sra. Lizarraga already has plans for the next one. In fact, she has chosen the next four countries: El Salvador, Equatorial Guinea, Spain, and Argentina. These final four complete the goal of representing all 22 countries where Spanish is spoken.

Thank you to all the parents who helped set up, lead the games and encourage the students as they enjoyed the festivities.