Review of The Three Musketeers 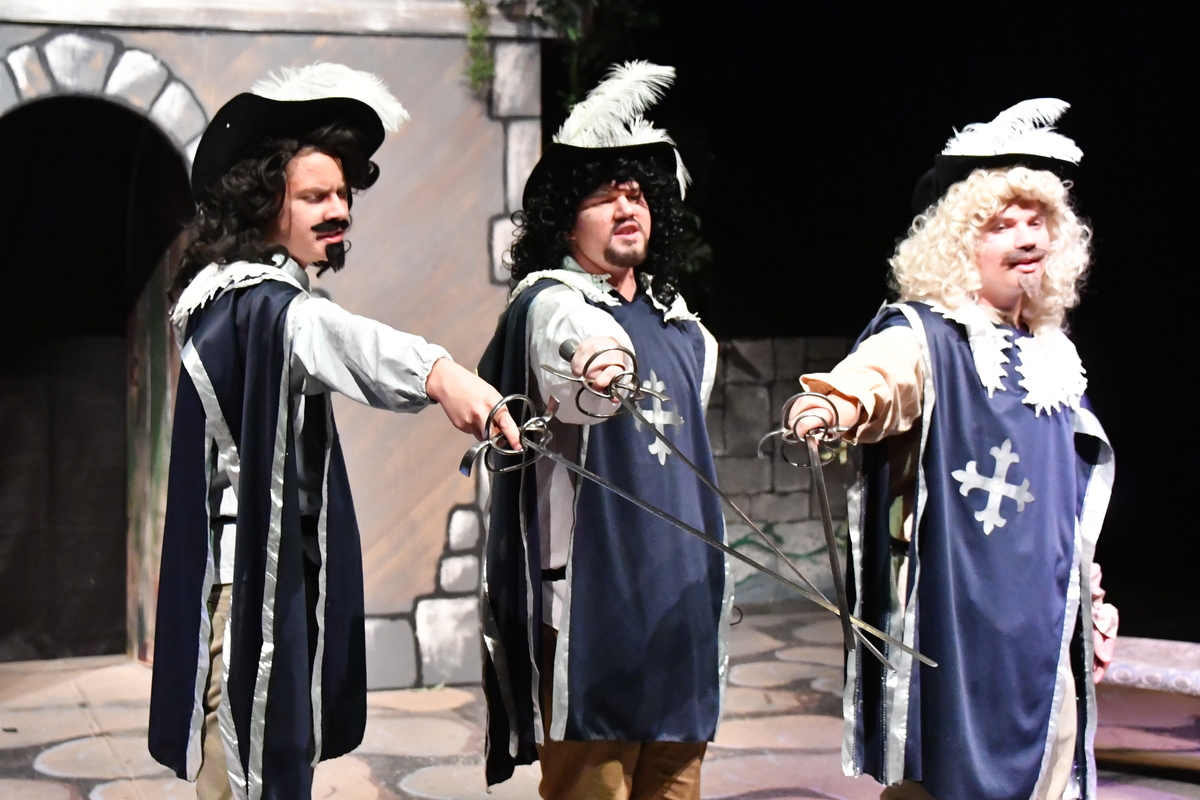 A Review of The Three Musketeers

From the moment that Alexander Mischel ('18) stepped onstage, adorned with a wig and grunting as he thrusted around with his sword, the audience members knew that they were in for a night of laughter. The valiant efforts of all members of the cast to embrace the strains of learning realistic fighting tactics as well as injecting as much humor into every line that they could were clear in Wakefield's recent production of The Three Musketeers, a comedic adaptation of the classic tale by Alexandre Dumas. Every scene was polished, and the actors and actresses onstage were rewarded for their work by the constant positive response from the audience. 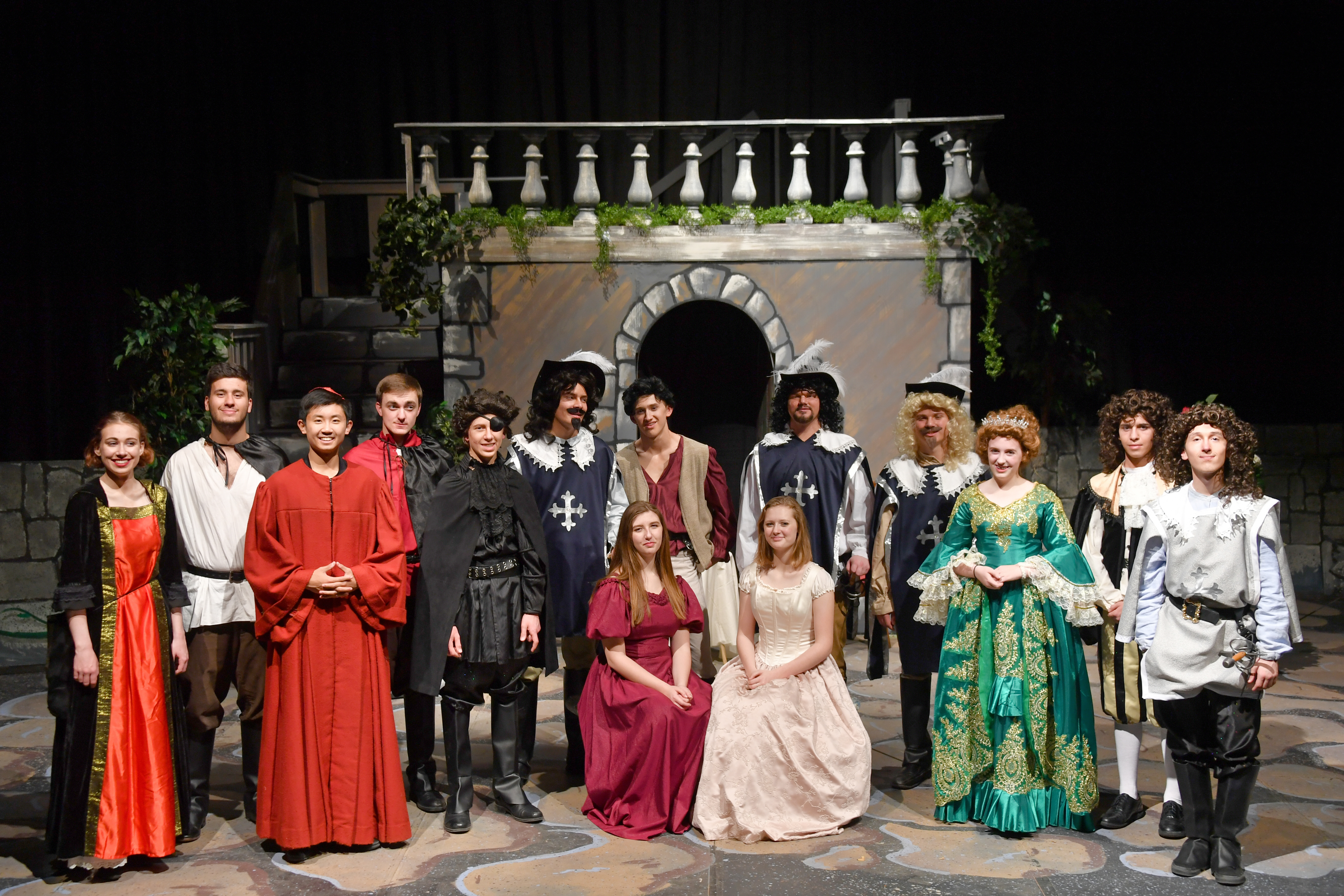 Mischel as D'Artagnan, the hopeful young countryman who travels in his father's footsteps to Paris to seek membership as one of the coveted Musketeers, performed fabulously to manipulate the audience into truly believing that he was the seventeenth-century Frenchman who had brought with him to Paris only his trusty sword, his father's stubborn yellow horse, and his sister (Skyler Tolzien, '20) dressed as his personal servant. His polished comedic timing and adeptness with his sword made for a series of hilarious scenes culminating in three encounters--one with each of the Three Musketeers (Christopher Wagner, '18, as Athos; Thomas Mossburg, '19, as Porthos; Ethan Rosenfeld, '19, as Aramis) and one with a new love interest (Victoria Finn, '20, as Constance Bonacieux) that led to three scheduled duels "behind the Luxembourg," each one hour after the other.

Each of these duels displayed notable characteristics of each Musketeer, all revealing the efforts of each student to create a distinct persona for himself, from the gallant leader with a stormy past to the man who finds himself constantly avoiding the yearnings of D'Artagnan's sister to the fashionable gentleman who enjoys a frequent drink; the separate, unique personalities that were revealed by each young actor created an even more entertaining product when the duels themselves occurred. Wagner succeeded in capturing the audience's attention from the moment Tolzien as Sabine expertly portrayed a playful, sociable young girl whose sole mission was to protect her brother from any misfortune—while also exploring the night life of Paris and searching for love. Michael Wei ('20) as Cardinal Richelieu and Michael Sparks ('20) as Rochefort both embodied the extreme antagonism of their characters and caused the audience to squirm with hatred for their relentless attacks to D'Artagnan; Justine Jones ('19) as 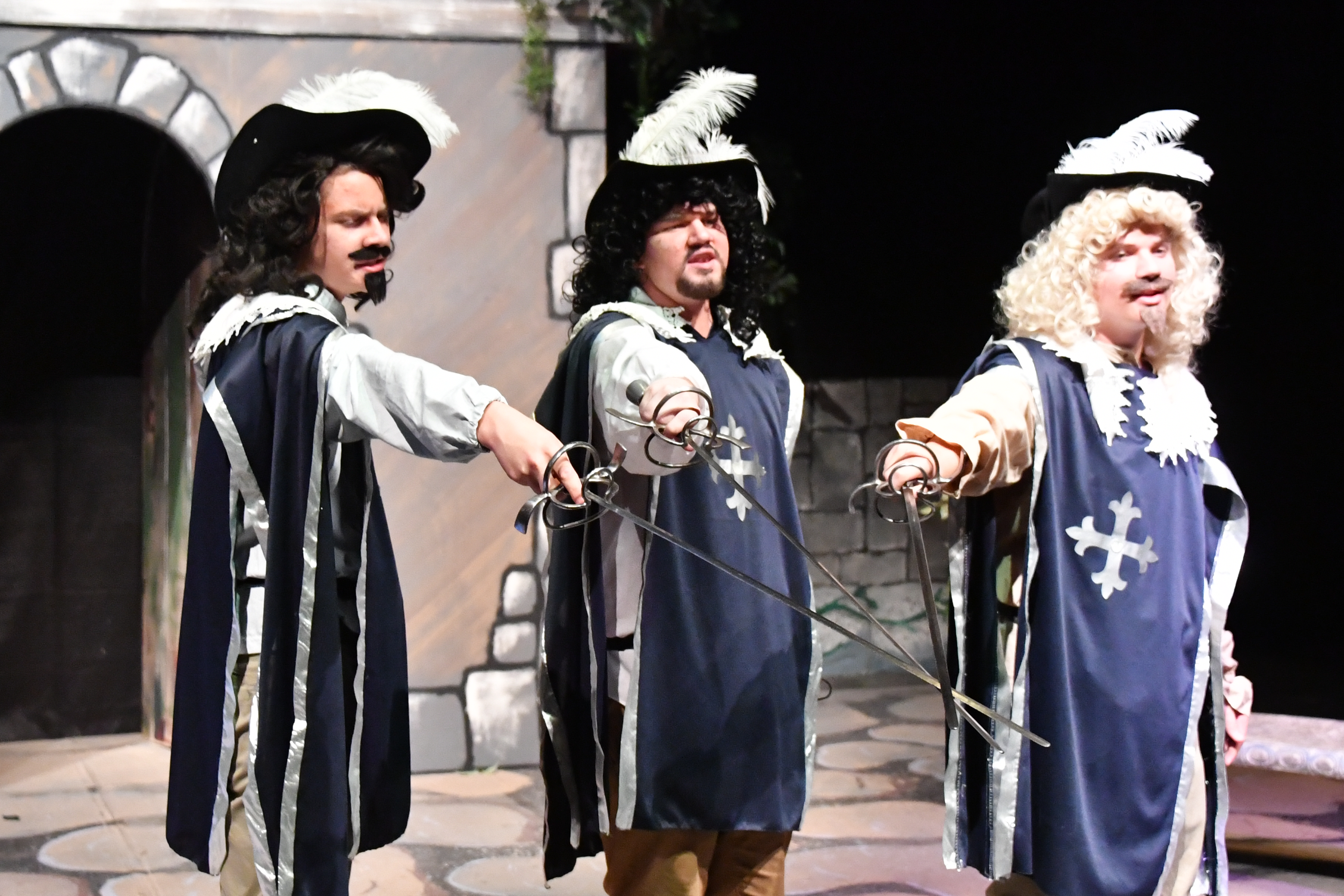 Milady, their female accomplice, performed similarly, and her ability to completely transform her persona from a beautiful, kindhearted maiden to a murderess in a matter of seconds was laudable. Charlie McKee ('20), Willem Bonin ('19), and Ella Reidway ('22) were each able to depict unique characters for each of the multitude of roles they had been given. McKee received sympathy from the audience as King Louis XIII when he discovered that his wife had not been faithful to him; Bonin earned amused groans as he died for the third time in the same show; and Reidway is deserving of special praise for being an eighth grader who accepted the role and performed beautifully in five distinct roles, most remarkably as Queen Anne, who received as much sympathy as her husband while the audience waited concernedly to see whether D'Artagnan would return in time to protect her reputation and role as queen. Finally, Jared Cole and Andrew Maraska ('18), who returned in several scenes as henchmen, performed admirably with their swordfighting skills.

Eloise Colon ('18), performing alone to illuminate the stage and emphasize moments in the play with sound effects, was one of the unsung heroes of the production, and every cue was performed to perfection. Wakefield parent Christine Rosenfeld dressed the actors in flawless period costumes, from curly wigs to puffy breeches.

Overall, the play was not one to miss, and as always, every department of the production teamed together to create an enjoyable experience for audience members whose lighthearted tone and comic scenes tinged with drama will not be soon forgotten.